Another "Bit of Reality"- My Priest-Husband's Faults

- He hates tomato soup.
- He leaves his pistachio, sunflower seed, and pumpkin seed shells neatly in a cup. Unfailingly, two-year-old girl will find said cup and throw the shells around. Grr.
- When I buy him a 2-liter of Coke Zero, it will not live a day, especially if we have ice.
-  As a true European, he wears socks with his sandals.
- He isn't skinny, but he is always the best swimmer in the pool. Unfair.
- His spelling in English is not that great sometimes.
- He liked Eddie Murphy's 1000 Words.

But, but, but- you say, dear reader- None of these faults have anything to do with his priestly vocation! Your blog is boring! Give the scandalous scoop so that  we get "a bit of reality, rather than rank-and-file parsing of Catholic thought and teaching, which gets boring, and which is the fodder of hundreds of other Catholic blogs as it is...." 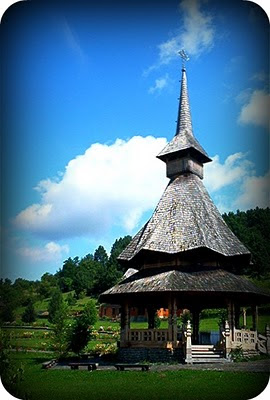 Alright, reader, you asked for it. Here's a few of his faults as a priest. After you read it and say "Tut-tut, looks like rain" (oops- that's Christopher Robin)- no, you'll say "Pish-posh, no man can have these two vocations and succeed!" Well, I say "faithfulness, not success" (via our  dear Mother Theresa of Calcutta), and PLEASE pray for him and his family and his ministries in the churches and the hospital and the police stations.

- Sometimes he sings the litanies too slowly
- Sometimes his vibrato is too thick
- "He doesn't drink enough"- this was an actual complaint from a parishioner
- He lets servers come to the altar before they are pitch perfect (our son specifically)
- He wants every actively-practicing Catholic man to be a deacon
- He lets a guitar into the church for the final song (this is not 'kosher' by Byzantine standards)
- We have had our second mission for almost two years and have never taken a collection (why is this a fault? We need to be organized and we aren't with this new mission. Also, for a church to grow, it needs to feel legitimate for the people and taking a collection gives it legitimacy)
- He takes too long with parish council meetings
- His default answer to a request is "Yes."

Is that real enough? We are pretty white bread around here, trying to live a non-scandalous, non-dramatic life. Time for some Mary J.....I'll be rocking out in the family van.