The Guernsey Literary and Potato Peel Pie Society: a lovely movie for tens and adults

ah Netflix.... clicking through the shows and movies....blech...meh.... saw it....blech- and then ahh! Perhaps this selection will be worthwhile! yes- this priest's wife- raised on the British shows on PBS 30 years ago... it was satisfying- perhaps a bit predictable- but lovely!
shared by priest's wife - S.T./ Anne Boyd at 1:49 PM 1 comment:

how to be a Christian in our nit-picky, negative world: a guest post by Judie Jolma

"I recently began studies for a Masters of Theology and was surprised by my impressions after the first class. Introduction to Theology was almost entirely apologetic in nature. Instead of embarking on a study to delve deeper into an understanding of what our hearts love, it was a defense - an argument - to prove our position‘s validity for those who don’t believe. Are we insecure in our belief? Do we think that love can be inspired by arguments? (Don’t mistake these comments as relativistic slop that does not demand holiness. That is not my point.) 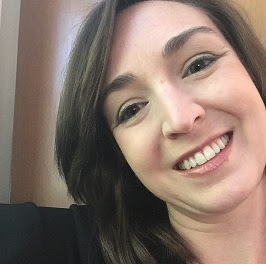 There is a place for apologetics, to be sure. But when so many encyclicals are specifically drafted for this cause it colors the nature of our faith. We have somehow abandoned our first love, abandoned the way of the lover in Song of Solomon who searches for the fairest of ten thousands, whose hands drip with myrrh. And this departure has come from the shepherds (hirelings) who lead us. Do our hearts faint being love-sick for our Lord, our bridegroom? Or do we live in a passionless faith where we choose sides like a political party?

Do our faces shine because they reflect the light of the Father - like the moon reflecting the sun? Or do we live a cold, calculating faith inspecting the correctness of our brother’s beliefs? We worry about definitions and proper form. We check the boxes, and like the Pharisees thank God that we are not like that tax collector.

The whole church needs a course correction. We are all guilty of the sin of the older brother in the story of the prodigal son. We need to abandon the notion that intimacy can be charted and measured. We need to stop running away from the negative and run toward the true, good and beautiful.

Put away these petty arguments. Pray like a lover. Reach out in the liturgy to touch the priest’s vestments and be healed of all that hurt that inspires you to fight and strive. Can’t we all see how much woundedness there is coming from each person around us? Hurting people hurt people. But only the lover sings.

Is there a just man in Israel? Is there any person who will die and be told straight away by God- Well done, my good and faithful servant? Or will we all have to be purified by the cleansing fires of purgatory or perhaps sadly, go to hell forever because of our rejection of God's love and law?

Who does satan hate the most? The devil is not a creature with god-like abilities; he is merely a fallen angel. The devil must conserve resources and perhaps focus on those that especially need his 'help' to fall. We might imagine that he hates Christians the most or perhaps all of God's creation because everyone, Christian or not, is made in the image of God. May I suggest that he hates consecrated people the most and- most of all- Catholic priests. 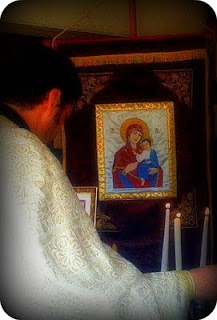 Evil cannot destroy or even damage God. Jesus gave Himself willingly to die on the cross for us; Jesus has destroyed death forever. So, if satan cannot kill Jesus, does he just resign himself to defeat? Of course not! Evil will go for the next best person- the Catholic priest, the person who IS Christ at the altar. If satan can encourage the priest to fall, it is a great triumph for evil. It is only 'small potatoes' if a teenager forgets his baptism and fornicates, but if the priest with promises of celibacy and chastity does the same, what a triumph for hell! What a scandal! What a disappointment! Many people will lose their faith because their priest was discovered to be the worst kind of hypocrite. Perhaps it would have been better if he had never been born than to scandalize God's children...

Why do so many priests seem to be forgetting their vocations these days? Why was it that I breathed a sigh of relief when the last four priests I know that left the priesthood (Roman and Byzantine rite, all happened to be celibate priests) got 'married' in Las Vegas-style marriages? They broke solemn promises to God and scandalized lay people and got 'married' irregularly after years of service so someone could serve them their breakfast cereal? Should I be happy that they weren't abusers and that they are finally living their God-given vocation? Or was the priesthood their true vocation and they gave it up for a warm body in bed?

You may be shocked at these words. I strongly advocate for married men being able to be ordained priest in the Eastern rites. I also have respect for those celibate priests who, with dignity and respect for the priesthood, ask for laicization because they have prayerfully determined that the priesthood was not their vocation and then later get married with dignity. I'm sorry; I see no room for quicky Vegas-style 'weddings' here (yes, I know there are plenty of churches in Vegas- two Byzantine I believe. I am not down on Vegas, just Vegas-style. You know what I mean)

Why have there been so many scandals lately? I'm not going to do internet research and see if it is statisically more than earlier years. I understand that sexual scandals within the priesthood are less than other groups. I understand that financial scandals are less than other kinds of people as well. But one priest falling is equal to ten or perhaps one hundred, thousand or a million people falling (because of the 'scandal' factor). Priests are In Persona Christi. God expects more from them; I expect more from them. I will fulfill my obligations as a Catholic. I will say my prayers while I am scrubbing the floors. I will bear the pain of childbearing and childrearing which is my duty to my vocation. I will work out my salvation in fear and trembling as any Christian should. This is nothing compared to the spiritual duties of the priest. But my answer to 'why so many scandals' scares me- because I think the answer might be that these priests who fall don't really believe in Heaven or hell or final judgement. I pray that I am wrong and that these priests are able to make it right with their Creator.

I have posted before the prayer for priests from the blue 'Pieta' prayer book. It says to never talk badly about a priest- and I agree that one should never gossip about our priests. We lay people should also have mercy on our priests when it is not about sinful things. If he has a bad singing voice, never mention it to anyone. If the homily wasn't that interesting, never complain. If the religion classes are sub-par, see if you can help, but don't gossip. If he has spinach in his teeth, take him aside, but don't 'make fun' of him. All priests (celibate and married) can benefit from good clean fun with adult male parishoners especially. Don't get upset if you see a priest on a golf course. Maybe he put in a 60-hour week of service and a parishioner is providing the tee time. If you see a priest at a nice restaurant, assume that the people with him are footing the bill- not the collection basket. With all that said- priests must realize that they are risking their eternal souls when they fall into sin (as we all are).

I am saying this to you and I am saving my soul.  If I will have kept silent, I won’t be in great danger, I’ll be rather in utter ruin.  But when I will have spoken, and when I will have fulfilled my duty, pay attention then to your own danger.  What, after all, do I want?  What do I desire?  What do I long for? Why am I talking?  Why am I sitting here?  Why am I even alive, except for this intention: in order that we may live together with Christ.  That’s my desire, that’s my honor, that’s my treasured possession, this is my joy, that’s my glory.   But if you will not listen to me and if I haven’t been silent, I will save my soul.  But I don’t want to be saved without you (St Augustine)---quotations found today at Fr Z's blog

.....but...no more excuses- our 'soul is our own' even if the cause has not been so honorable- from Henry V:

So, if a son that is by his father sent about
merchandise do sinfully miscarry upon the sea, the
imputation of his wickedness by your rule, should be
imposed upon his father that sent him: or if a
servant, under his master's command transporting a
sum of money, be assailed by robbers and die in
many irreconciled iniquities, you may call the
business of the master the author of the servant's
damnation: but this is not so: the king is not
bound to answer the particular endings of his
soldiers, the father of his son, nor the master of
his servant; for they purpose not their death, when
they purpose their services. Besides, there is no
king, be his cause never so spotless, if it come to
the arbitrement of swords, can try it out with all
unspotted soldiers: some peradventure have on them
the guilt of premeditated and contrived murder;
some, of beguiling virgins with the broken seals of
perjury; some, making the wars their bulwark, that
have before gored the gentle bosom of peace with
pillage and robbery. Now, if these men have
defeated the law and outrun native punishment,
though they can outstrip men, they have no wings to
fly from God: war is his beadle, war is vengeance;
so that here men are punished for before-breach of
the king's laws in now the king's quarrel: where
they feared the death, they have borne life away;
and where they would be safe, they perish: then if
they die unprovided, no more is the king guilty of
their damnation than he was before guilty of those
impieties for the which they are now visited. Every
subject's duty is the king's; but every subject's
soul is his own. Therefore should every soldier in
the wars do as every sick man in his bed, wash every
mote out of his conscience: and dying so, death
is to him advantage; or not dying, the time was
blessedly lost wherein such preparation was gained:
and in him that escapes, it were not sin to think
that, making God so free an offer, He let him
outlive that day to see His greatness and to teach
others how they should prepare.