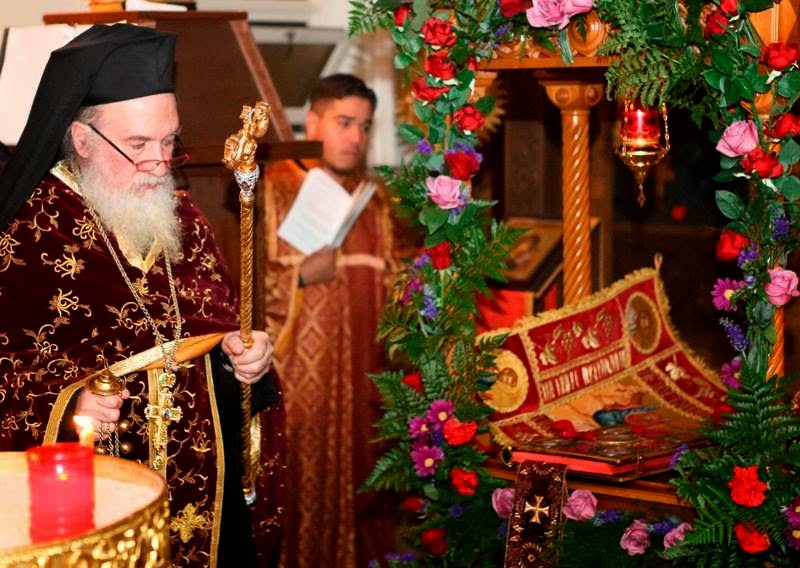 on the priesthood & the Eucharist during serious illness: a guest post by Fr Matthew Venuti

"Up until last May I had a great privilege…I could say Mass, and I could say it every day. When I had a heart attack I found myself stuck in a hospital room and then bed bound for a few weeks and home bound for another few months. It hurt to have the Eucharist taken away from me. Now, I don’t mean that people didn’t bring me the Sacrament frequently, but I was unable to say mass, and it hurt. It took me awhile to figure out why. I have preached innumerable times about the fact that Jesus is truly present, Body, Blood, Soul and Divinity in the Sacrament of the Altar. I have preached about how it is a true Sacrifice that remits sins. However, what I have been remiss in preaching about enough is how it is a prayer. 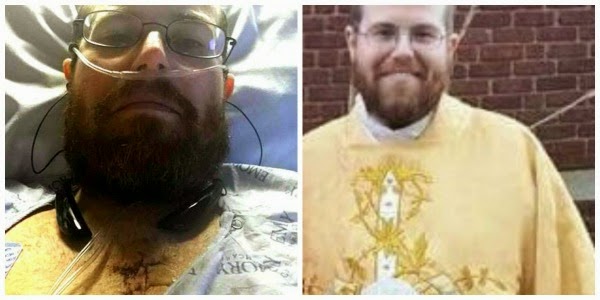 It was my illness that made me realize this. What hurt for me was not receiving the Sacrament less so much as losing my primary way of speaking to God in prayer. When a man is ordained a priest his soul is reconfigured so that the way he is meant to speak to God is daily through praying the mass. And this is not just for priests but for the whole congregations. Mass is not a communal meal. Mass is not the priest talking to the congregation nor is it the priest performing magic for the people. The mass is the “prayer par excellence” of the Church.
The prayer is said by the priest who stands in the place of Jesus, who pleads to the Father through the power of the Holy Spirit. The congregation prays along with the priest to God the Father and says “Lord, hear the prayer of your Son! Grant us remission of our sins and come among us in the form of your Son on the Altar!” The Angels and all the Heavenly creatures and Saints join us in the prayer as we speak to God.
Being laid up prevented me from this form of communication that God has asked me to do, and I ached until I could do it again. It was a hard way to be reminded of this, but tonight we celebrate that Jesus gave us all the Eucharist as the great prayer of the Church, not just for priests, but for all of us here. It’s the highest form of prayer any of us do. Tonight we celebrate the institution of the priesthood. In this gathering Jesus passed on his High priesthood to the Apostles. It was a great blessing and a sign of favor that these men were granted this gift and it would be logical to assume this great blessing would protect this men.
Yet despite this great gift, all of these men suffered. Eleven of them died and St. John died in lonely exile. The priesthood is not given to those who ask for it; rather, God chooses some for this vocation. When a man begins to discern that God is calling him to the priesthood he can follow the call or he can ignore it. If he follows the call all the way to the day of ordination he still has to consent to the Ordination. The Bishops tells the man “we think you should be a priest…do you wish to accept that vocation?” And for all intents and purposes the man might as well say to the Bishop “Yes, I accept the vocation that biblically has a 92% fatality rate.”
Over this past year I have had 2 heart attacks, been defibrillated 3 times, had 7 stents placed in my arteries and had 4 new arteries grafted onto my heart during open heart surgery. My bones have been broken, my heart has stopped and my blood has flowed from me, all in the public eye. My suffering has been seen by all with no privacy afforded.
I honestly don’t know why this has all happened to me, and neither do the doctors for that matter. However, I am 100% convinced that God is using my suffering in the public eye to teach me and you about the priesthood and being an example of Christ to the world. I have a hunch that the lesson I am being taught is about humility and the cost of spiritual fatherhood.
It was my three year old son Peter who explained to me best the link between priesthood and suffering. When I came home from the hospital after the heart surgery I moved a very large crucifix that was painted in lifelike colors into my room so I could contemplate the cross while recovering. One day when I was getting changed Pete walked into the room when I was changing my shirt and he saw my gigantic scar from the surgery. He asked what it was. I told him it was the boo boo from where the doctors had helped Daddy out. So Pete thinks a bit and points at my scar and says “Daddy’s boo boo.” Then he walks over to the crucifix and points to the place where Jesus was lanced and blood flowed and said “Jesus’ boo boo.”
All of us know that to follow Christ means to pick up our cross and follow him. Jesus promises none of us and easy life, but he does promise redemption. The priests of our Church give us the sacraments, lead us as fathers and carry their cross in full view of all.
Tonight Jesus also teaches us about fraternal charity by washing the feet of the Apostles. He, the King of Kings, gets down on his knees to do a servant’s job. If you want to be a Christian, you need to be prepared to go out of your way to serve others. This is a clear command of the Gospel that I have seen in action for Catholics and non Christians alike here and at other parishes, but it looks different on the receiving end.
In this past year I have been reminded that there is so much for me to learn about the Eucharist, the Priesthood and fraternal charity. I pray that God will continue to reveal the depth of the three gifts to all us more and more each year, using our personal circumstances to illuminate them for us. I pray your personal circumstances are markedly less dramatic than what I have described, but if they are, or are even much worse, may God guide and teach you through them."
Fr Matthew Venuti is a married Roman Catholic priest in the Anglican Use. This is an excerpt of Fr Matthew's Holy Thursday homily. You can find him on Facebook at 'Father-Matthew Venuti'
shared by priest's wife - S.T./ Anne Boyd at 11:28 AM 5 comments:

Thirty-one years ago on Easter vigil, my family became Catholic- dad, mom, and us five children. Now, we siblings are all married to practicing Catholics and we have about twenty-five Catholic children to add to the mix.
How did this happen? My grandparents consisted of a Presbyterian, a Quaker, an Episcopalian and a very lapsed (there was a stern, angry nun, natch) Catholic. When I was growing up, we spent extended time in the Episcopalian and Quaker churches, and my mother even dabbled in a new-age Hindu meditation church for a while. Really the most consistent spiritual practice of my childhood was always praying the Lord's Prayer together as a family before we went to sleep. 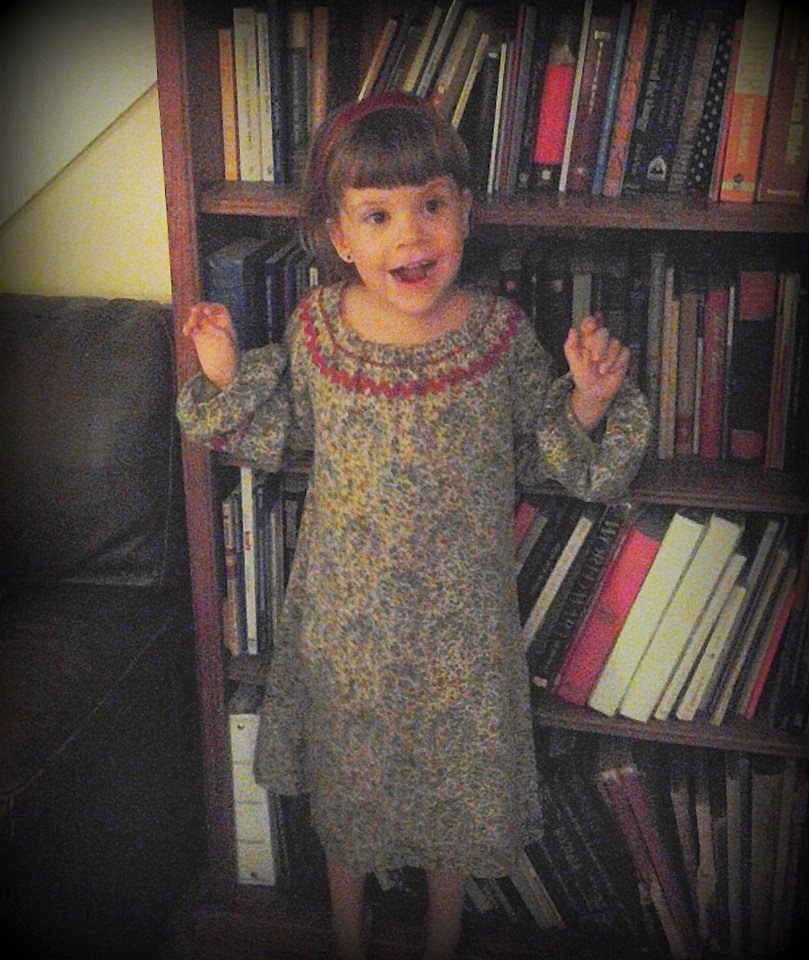 Our youngest, 5, in my Episcopalian baptismal gown

One day, our Mexican-American neighbors invited us to the 'spaghetti feed' at their local Catholic parish. Why was spaghetti the fundraising food of choice for this church that had immigrants of Latino, Vietnamese and German origins? I don't know, but the dinner was well-attended  We went and enjoyed a bit of pasta. We continued our good, non-Catholic life.
A few months later, my parents took us on a tour of the Christian churches in the area- a different community every Sunday. After a while, we finally entered the actual church-area of St Joseph's. And we went back the next Sunday. And then my parents decided to begin formation.
Why did we convert? I suppose we converted for the reasons that many people leave the Church. We love the crucifix, the sacraments of the Eucharist and confession, authority, tradition, dogma, and discipline. Our relationship with the Theotokos is also an important part of our faith. We had always read the Bible with reverence, but becoming Catholic helped us begin a deeper relationship with Christ. Who knows what the future will bring, but for now, we are all on similar paths to Christ through our Catholic faith. I am grateful. 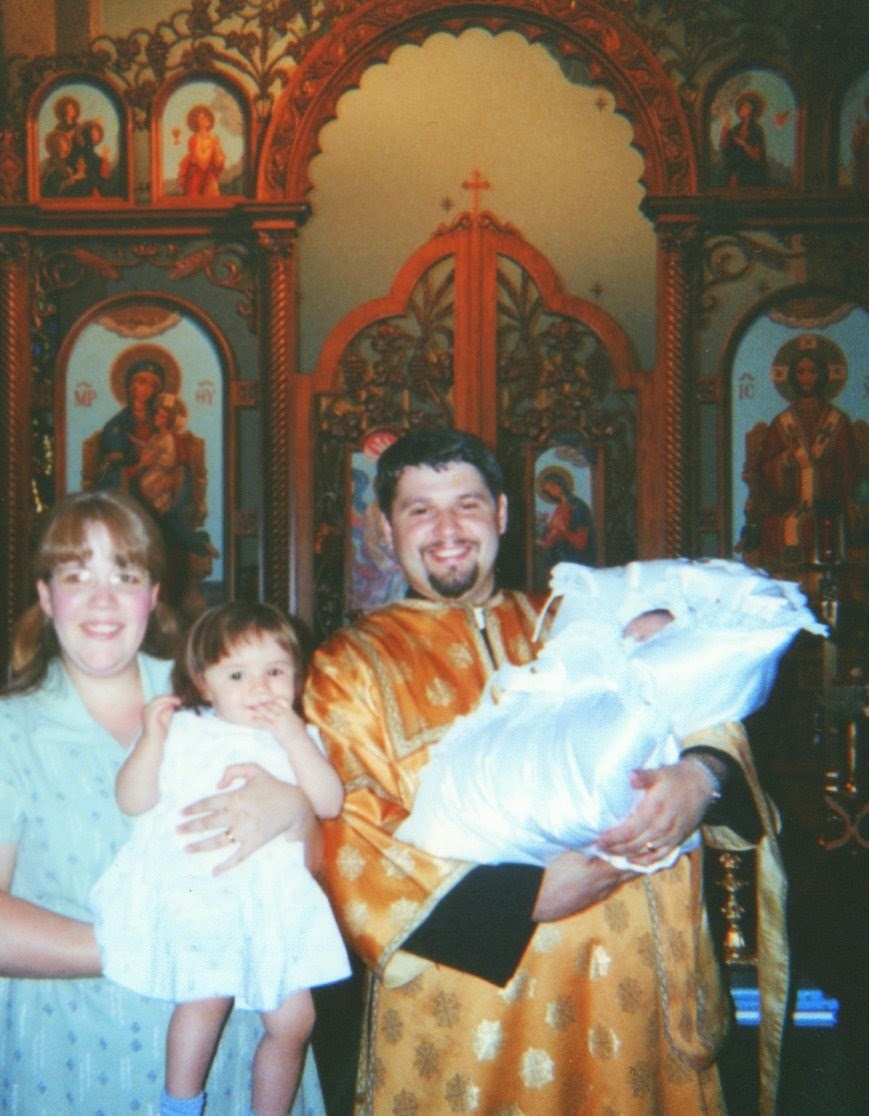 Daughter #2's baptism, confirmation and first communion- a year after her sister's 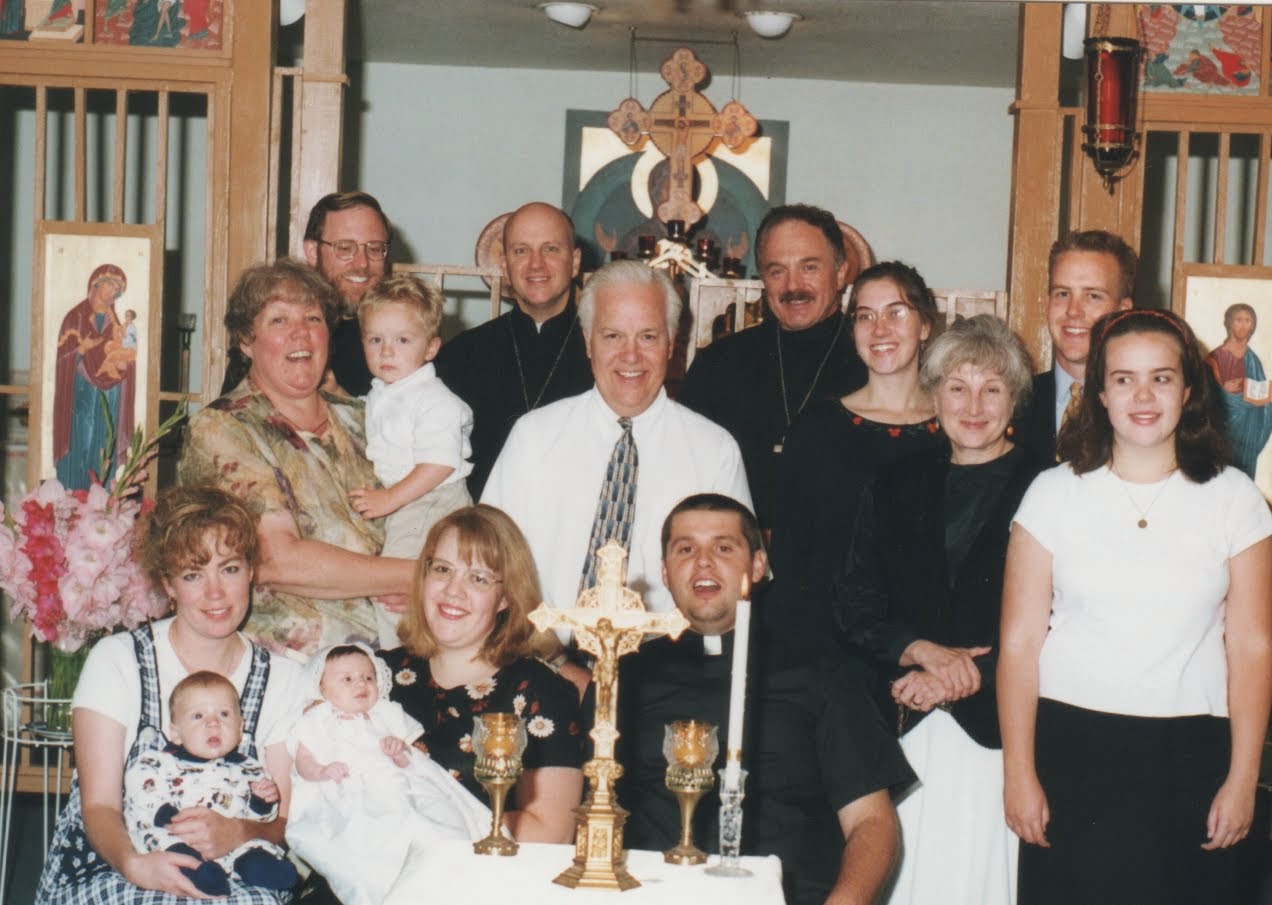