The Nester, mega-blog extraordinaire, has invited other bloggers to write on a single subject every day in the month of October. I'm going to work through my stash- fabric, yarn, cards, art supplies- and show and tell about my daily triumphs and tragedies using the stuff. I'm inspired by the patron saint today St Therese the Little Flower who was a humble sister who said  "I will pass my heaven in doing good on earth." So, I'll try to do good by working daily on my little domestic projects. 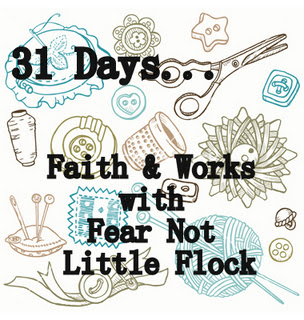 I named this 'stash bash' series 'Faith and Works' because I hope that it will make me culpable with crafting with my children, preparing for Christmas with very little additional money spent and adding to our items for our 'Crafters for Life' pro-life sewing circle donations. I do wish I had a better camera, but that would be spending money and defeating the purpose!


--- What use is it, my brethren, if someone says he has faith but he has no works? Can that faith save him? If a brother or sister is without clothing and in need of daily food, and one of you says to them, “Go in peace, be warmed and be filled,” and yet you do not give them what is necessary for their body, what use is that? Even so faith, if it has no works, is dead, being by itself.

But someone may well say, “You have faith and I have works; show me your faith without the works, and I will show you my faith by my works.” You believe that God is one. You do well; the demons also believe, and shudder. But are you willing to recognize, you foolish fellow, that faith without works is useless? Was not Abraham our father justified by works when he offered up Isaac his son on the altar?  You see that faith was working with his works, and as a result of the works, faith was perfected; and the Scripture was fulfilled which says, “And Abraham believed God, and it was reckoned to him as righteousness,” and he was called the friend of God. You see that a man is justified by works and not by faith alone. In the same way, was not Rahab the harlot also justified by works when she received the messengers and sent them out by another way? For just as the body without the spirit is dead, so also faith without works is dead. (James 2:14-26) 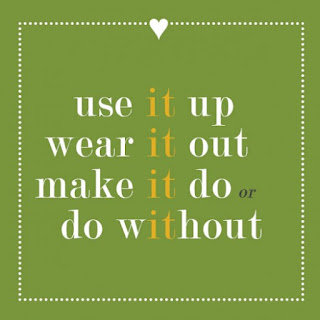