I'm not THAT PW: How to Make Hot Chocolate in 36 Easy Steps

Life is serious. Death is serious. Mothering, homeschooling, working, vacuuming- all serious. So, I try to stay positive and not-so-serious when possible in my blog writing (with a touch of reality and truth throw in) and my internet surfing (for example, I'll watch a bit of So You Think You Can Dance and never, ever watch a minute of The Bachelor or Big Brother- see how balanced and positive I am?)

I am very late to the party that is 'PW'- nope, not 'priest's wife'- that is 'Pioneer Woman' to all of us city folk. Her blog is very pretty and busy and makes her a million dollars a month or year in advertising revenue. I have read it a few times, using google to get to it. Boy was I surprised when I clicked on a satire site! I suppose you have to be pretty famous for someone to take the time to satirize your site with photo after photo of barbie dolls making fun of your latest recipe. I don't think it is kind to make fun of someone however famous- except these 'hater' blogs had a few valid critiques, mostly about the care of horses and food safety in the kitchen.

Since this blog's P'sW is mostly a mom, I am in the kitchen virtually all day- at least it feels like that some days. I am always on the lookout for simple, healthy, inspiring, inexpensive recipes to use with my family. I looked at the PW blog for inspiration; she makes a lot of money with the ad revenue connected to her cooking section. I came across 'The Bread.' She writes that it will change my life. In eight photos, she shows how to make 'The Bread'- a store-bought French loaf cut length-wise and spread with two sticks of butter. And that's it. It is garlic bread with twice the butter and minus the garlic. Hmmm...maybe I am being judgmental and jealous of her revenue stream...I'll find another recipe...

So I am temporarily a satire site...here's my recipe for hot chocolate. I hope it isn't too complicated a recipe for anyone (tongue planted firmly in cheek)!

Place three teaspoons of hot water in a heavy-bottomed pan. 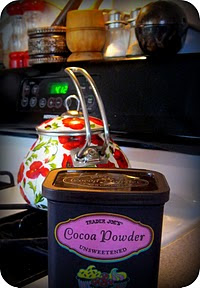 We'll be using cocoa powder for this recipe. Usually, I use fair trade cocoa, but somehow this one made it into my Ghanaian woven shopping basket. 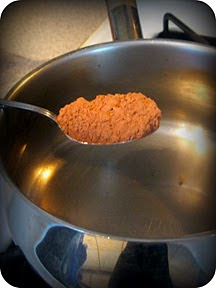 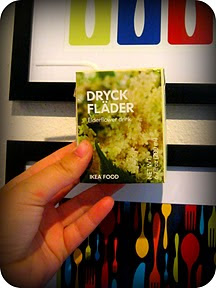 This is going to get hot. Take a drink of yummy elderberry juice if you have it on hand. Here's the sugar. It's organic, but still not fair trade. Argh. 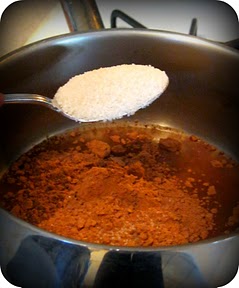 Place four rounded tablespoonfuls of sugar into the pot. 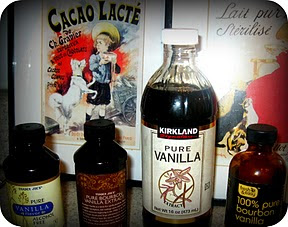 ﻿Choose from your collection of vanillas. Be both horrified that you keep buying vanilla- but also proud that you finally cleaned out the cabinets and know what you have- for the moment. You will add one teaspoon of vanilla to the cocoa mixture. Whoops! I didn't get a photo of that essential, complicated step! Whisk it all together- another step that didn't get photographed- maybe I was too hard on PW with her 38 photos of an easy recipe.... 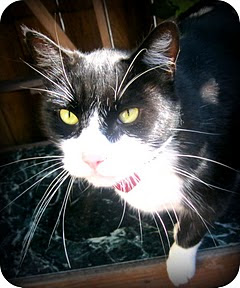 He's not a basset hound or a mustang horse, but here in the real world free of government subsidies, Lucky is a nice addition to the family. He's not getting any cocoa, though. 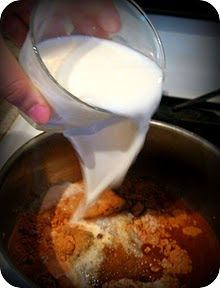 Pour four scant cups of milk into the mixture. I hope you notice my glass cup recommended by Leila at Like Mother, Like Daughter- she had better not recommend anything else or she'll put me in the poor house. 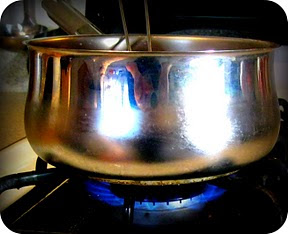 Turn on the fire to medium and whisk! 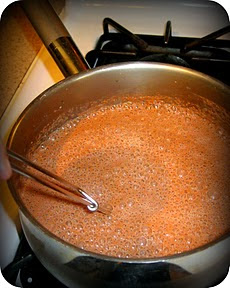 ﻿Make it nice and frothy. I hope you used 2% or whole milk. No half and half or cream here- and no skim milk either. Let's attempt a little balance, shall we? 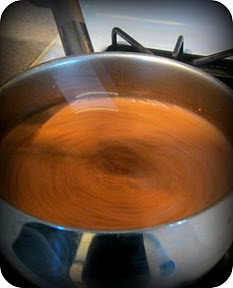 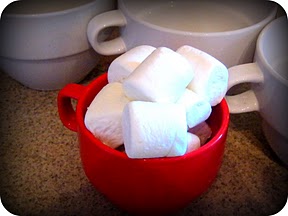 Prepare your marshmallows. I like to go with a Trinitarian Three for each cup. 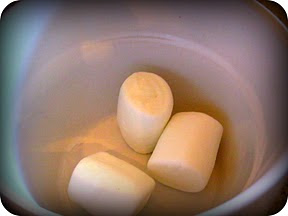 ﻿Ladle one-fourth of the cocoa into each cup. 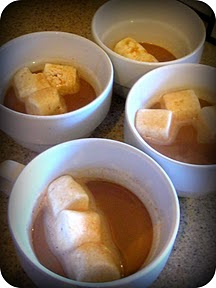 Admire your complicated cocoa creation before the children slurp it down in a second or two.
WHEW! That was exhausting! I was going to photograph the steps to making popcorn, but this was just too much. PW is a genius. I'm not.