Scandalous? No. Secret? No (or I wouldn't write about it). Surprising? (Maybe)
1. A Vietnamese 'Pho' restaurant opened in town last year. We don't have a lot of Vietnamese immigrants here, so we were happily surprised to see it. It brings back memories of a Vietnamese restaurant we would eat at when I was very pregnant with our first baby; the waitress warned me about my consumption of the hot and sour soup. maybe that is why Girl #1 can have a fiery personality...
The first few times we went, I would just get rice and grilled meat- husband would get a large bowl of Pho with meat, tripe, tendon- sounds gross, right? Well, last week I finally got a bowl of the soup. I'll never go back to eating a bowl of rice at a Pho place again. Yummy! Anyway, it was hypocritical of me to turn up my nose at the tripe and tendon when I happily eat muscle portions of meat. I'm trying to get back before Lent begins....perhaps an early St Valentines' Day dinner?

2. Not that anyone is watching and judging...but I usually talk or text while pushing baby girl on the swings while the big girls are at the dog park before Shakespeare on Friday mornings. I should be more of a Hands Free mama, but do my kids need me playing with them all the time.? Occasionally I do, but sometimes kids need to be with kids. I'd love my kids to be more free range, but usually it goes about as far as them ordering their own cocoas with me looking on at the coffee shop table. As usual, I haven't "picked a side." Can the same woman love classical music (mostly requiems), folk music, Church chant, this song
and this song
...I haven't chosen a side with music either. Except rap. can't do it. Sorry Jen Fulwiler. Unless it is DC Talk...and this song doesn't have much rap in any case...
3. My mother couldn't contain her joy with the announcement of Bishop Sample for their archdiocese. She called me, told me, and then hung up to call another child of hers. That;s okay, Mom. We'll talk later!

4. Just a tip- if your children bring home the-bug-that-shall-not-be-named, run to your computer and order this. Comb three times a day for three days or so and you might get a handle on the disgusting things. Don't bother much with the chemically shampoos or the drugstore combs. Don't ask me how I know. 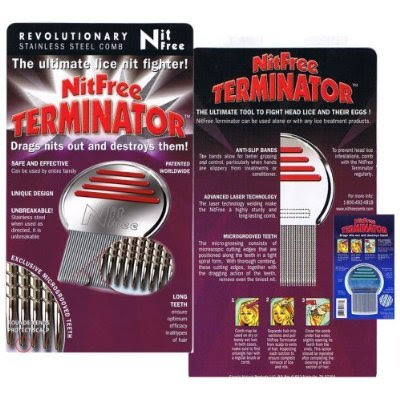 5. Enough about the celibacy stuff- except with every episode of Cadfael, I am afraid that the good brother will break his monastic vow of celibacy. I love people- even fictional ones- that remain true to their vows. We are halfway through the series- so far, so good. But then I clicked on the illustrious actor Derek Jacobi's bio and discovered that he is no monk. IMDB really reveals everything; I prefer the old days of thinking all the actors were mysterious and virtuous. Please, don't tell me anything negative about Jimmy Stewart, Gregory Peck or Danny Kaye.

6. But there are some great things about IMDB.com- now, I know every television show and movie that my paternal grandfather was in! He was in seven episodes of The Dick Van Dyke Show- playing seven different characters. Viva Old Hollywood!

7. I'm saddened when I hear anecdotal evidence for the destruction of the smaller rites. One Sunday, a family with small children goes to their closest Byzantine Catholic church. The small group of believers are mourning the loss of an older parishioner, so they neglect to greet the family. The family never goes back; there's an RC parish closer in any case. The next Sunday, another young Byzantine Catholic family attends the same parish Divine Liturgy. But the 'church isn't growing,' so they decide to attend the closer RC parish. In any case, the children are attending that school and they get confused with the different traditions.
The Sunday after that, another young Byzantine Catholic family attended the Divine Liturgy. They are disturbed that the Liturgy is half in English and half in Romanian, so they leave to attend one of the many Romanian Orthodox parishes that have a 100% Romanian Liturgy. They feel a little guilty because grandfather-priest died in Siberia, refusing to renounce the Catholic faith, but they want their children to 'know their culture.'
Praise God, we have freedom of religion in the United States and you are not forced to worship in the state religion, but no place is perfect. If the Byzantine Catholic faith is important to you, take some advice from Gandhi (yes, Gandhi): “If we could change ourselves, the tendencies in the world would also change. As a man changes his own nature, so does the attitude of the world change towards him. ... We need not wait to see what others do.”