Canon Lawyer Ed Peters praises Deacon John Cornelius, 64, who states that he will abstain from conjugal relations after he is ordained a Catholic priest. Peters says Canon 277 of the Western Code of Canon Law insists on perfect continence of all clergy, whether celibate or married. Now, Mr Peters is not the final word on the canon; Rome is. But Rome has been silent, to my knowledge, on this issue. I would suggest that Ed Peters is the best known Canon lawyer in the English speaking world. So his word will have a lot of weight (and hurt couples who feel shameful for being and acting married) until Rome clarifies the canon.

Now Deacon John, if you would 'like to be perfect,' sell all that you have, reject your Episcopalian pension, and join a monastery. Your wife can join a convent. 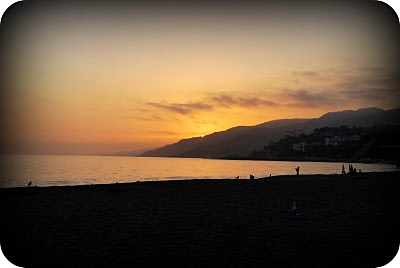 Occasional readers of this blog might be shocked at my harshness, but long-time friends will realize this is me, speaking from my heart. There is nothing wrong with a married couple bonding through conjugal relations. In fact, this is the marriage debt that couples owe to each other. If the Church permits married men to be ordained clergy, the Church must allow marital relations between these married couples.

There is the extremely rare 'Josephite marriage' that can be an exceptional response to God's call.  Some marriages begin with complete and constant continence and chastity. Of course, the supreme example of this is the marriage between Mary the Theotokos and her husband Saint Joseph. As Catholics, we believe they never kissed. They never were in any situation that would cause arousal, such as changing clothes in each other's vicinity. There was never any sexual feelings between them. The unitive aspect of their marriage existed only through their agape love for each other and their love for Yahweh and her son (Joseph's adopted son) Jesus Christ.

How dare I even imagine that Mary and Joseph were not sexually aroused by each other! Well,  doesn't Canon 277, according to Ed Peters, declare that sexual arousal must not happen with ordained married men and their wives? Is the Church that obsessed with the lawful, non-contraceptive activities of married couples? Can married deacons and priests sleep in the same bed as their wives? Can they kiss them goodbye (discretely, of course)? Can they hold hands (never on the church grounds, clearly)? What level of affection becomes confessional material? All of these activities could illicit arousal which might cause the married couple to desire marital relations at some point. So if Canon 277 is correctly interpreted by Peters, they should not be in the same home. Perhaps the wives can come in to cook and clean- for free, of course! Wives don't charge their husbands to do wifely duties!

Another time that a continent marriage might occur is through illness or age. We vow to love our spouses in sickness and in health. If one decides with the agreement of the spouse to cease marital relations because of illness or age, this can be a beautiful witness to the unitive aspect of marriage that is brought about by history, friendship and love. But is it a Josephite marriage when marital relations did occur in the past and one still gives and receives varying degrees of marital affection (such as hugs, holding hands, kisses) that would not be permissible for someone not married?

No, it is not a Josephite marriage even if marital relations cannot occur because of illness or age. We have all seen and read about older couples in nursing homes that have twin beds and hold hands before they go to sleep. He orders her roses for their 60th anniversary. She blushes when he pats her back when they dance with the help of walkers. These blushes and kisses did not occur in the marriage of Mary and Joseph, which is the example of pure chastity and continence.

And is it the world's business when marital relations will not occur for whatever reason between married couples? I would be humiliated if my husband spoke about such personal, lawful things! Deacon John needs to realize that he will not fit in with his brother priests even after he confessed to all that he will not be with his wife. In my opinion, he is having a difficult time reconciling both vocations. In my opinion, Canonist Ed Peters is disturbed with the possibility of married men being ordained. Perhaps it's the priest's wife concept that is disturbing to him. It is a very historical perspective- the decadence of the wives. His insistence on married men not acting married is part and parcel of this.

If you watch the short video of Deacon John at the Deacon's Bench blog, you might see that his declaration of future continence was unplanned and almost like he was telling the reporter a secret. I wonder if he regrets that statement now, as it degrades his marital vocation and the privacy of his marriage relationship. This declaration will not earn him praise by fellow priests, especially if they have struggled with their choice of a celibate life. Deacon John was able to enjoy married life normally, have three children, and now, even if he does not have marital relations with his wife after the age of 64, he gets to enjoy her companionship and help until the end of his life.

I'll be praying for Mrs. Cornelius who I suspect might feel like a hindrance to her husband's additional vocation because of this very public declaration from her husband. Most priests' wives are very quiet, trying not to scandalize the believers. We don't want to ruin it for others that will be coming after us. You don't see much of a presence of us wives on-line (....my sign-in name can disturb so many Catholics- I'm an extreme introvert...but my name is in everybody's face); maybe if we stay under the radar no one will be offended.

As a fellow priest's wife, I invite you, Mrs. Cornelius, to not be ashamed of being who you are called to be. You are a wife, a mother, and the help of your husband who is a priest. It is your business how affectionate you are together. It is your business how you will serve the Church according to your talent and ability. You are travelling down a lonely road, but it is a road paved with grace.

Out of over 400 posts, I have very rarely written about this topic. Click on the 'marriage' label for some thoughts. I found two posts that specifically target continence:
The Challenge of Celibacy &
Sad Days
shared by priest's wife - S.T./ Anne Boyd at 8:30 AM