We splurged on some lovely faith-centered gifts this Christmas season- take a look!

A 4 book series- "In the days of knights and castles lived an adventurous young troubadour named Loupio. Orphaned and on his own in 13th century Italy, plucky Loupio meets Brother Francis of Assisi and his friend Brother Wolf, and so begins a new life of joyfully trying to do good, while still getting by in a dangerous world."

How many Bible categories can you match before time runs out? Roll the die to determine the letter for that round. You roll a "C". Now start the timer! How quickly can you think of a "Place Christ walked?..." Canaan!... "Things that separate us from each other?..." Carelessness! This game is entertaining, enhances faith and promotes learning. The Catholic Edition contains 48 additional Catholic categories.

Critically lauded singer, songwriter and musician, as well as author, speaker, producer and daughter of a Syrian refugee, Audrey Assad internationally released her second independent album, Inheritance, Feb 12 on Fortunate Fall Records with Tone Tree Music distribution-a collection of hymns and original songs that both pay homage to her childhood heritage and to her Catholic faith and charismatic spirituality.

The Way of a Pilgrim is the chronicle of an anonymous nineteenth century Russian Christian’s travels and spiritual inquiries. Eye-opening and extraordinary, The Way of a Pilgrim offers a one-of-a-kind portrait of the traditions and interior life of Russian Orthodox spirituality and practice.

An obvious clue could be strictly TABOO! To get your team to say MOSES would you say, PRINCE, EGYPT, PLAGUES, PHAROAH, or COMMANDMENT? In this game you can’t because all of those words are strictly TABOO. Rattle off clues while the time counts down. You’ll earn a point each time your team guesses correctly. But watch what you say. If your opponents hear a TABOO word, you’ll get buzzed and they’ll get the point.
These are affiliate links- if you click over to amazon and buy something right away (meaning before you click another blog's affiliate links) I will receive a tiny tiny portion of the $ at no cost to you. How tiny? I make about $2 a year in affiliate link $
BONUS! 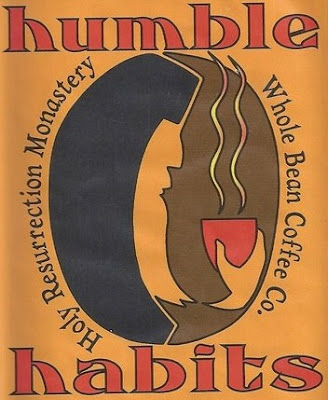 Support holy men in their monastic vocations by
buying some delicious coffee from the monks at Holy Resurrection Monastery!
Humble Habits Coffee
(not an affiliate link- and we pay for our coffee- yummy!)