"My story here isn’t my conversion/reversion story, but rather the story of how I came to embrace Eastern Catholicism.
When I was in high school, I discerned religious life and entered a community of Roman Catholic religious Sisters three months after high school graduation. I spent 5 years there! I love the Sisters very much and learned so much there. I am so grateful for the time I spent there, because it helped shaped me into the woman I am today.
But it became apparent that I just wasn’t well-suited to the life. I’m nothing if not stubborn, though, so I forced the issue and stayed much longer than I should have! But I wanted so desperately to give my life to God, and I thought that was the best way I could do so. But I felt a strong longing for something else, and knew I had to make the transition back into the world and pursue God’s will for me there.

Interestingly enough, my Superior in the convent had been friends with Melkite Archbishop Joseph Raya. She had taught Melkite children along with Roman Catholic children when she was in charge of the local Catholic school a few decades before she founded her Community. She had a great love and respect for Eastern Catholicism, and we had many Melkite benefactors, so I attended my first Divine Liturgy and had my first “taste” of Eastern Catholicism when I was a Sister. 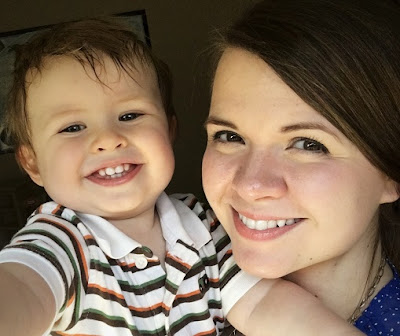 After I left, I met and married my husband, and we started our family right away, doing our best to be devout Roman Catholics and raise our children as such. Being a wife and a mother is everything I ever dreamed of! It became obvious that this was the vocation meant for me; it’s like the puzzle pieces finally fit. It makes me laugh now to think that I ever thought I was supposed to be a nun, because I love being a wife and a mother so much! But I’ll always be grateful for that experience.

Every now and then when we’d visit my husband’s family back home in Pennsylvania, we’d visit the Ukrainian Catholic Church in town for Liturgy. My husband and his family had attended when they were younger, so he was more familiar with it than I was. At first, to my great embarrassment now, I must admit I was a little annoyed! I thought it was nice that we attended sometimes, but it was still not as familiar to me, and I didn’t really understand why it meant so much to them.
My husband had asked me once if I would ever consider transferring to an Eastern Catholic Church, and I remember saying, “No, no way. I’m Roman to the core!” But one year, during Divine Liturgy for Pascha, something changed. I opened my mind and heart a little more, and fell in love completely. I spent the next year learning more about Eastern Catholicism, and the more I learned, the more drawn in I became. To me, it was almost as if it was where I was meant to be all along. 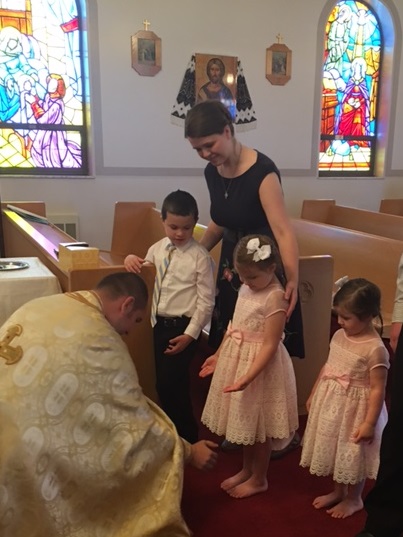 Meanwhile, I had started to look more closely into my family history, and in doing so, I discovered that, canonically, I am Eastern Catholic. I was floored! So much for being “Roman to the core,” right?! My husband also discovered that his heritage was similar. All this time we had never known! We had already been leaning this way for quite some time, but that was sort of the final “clincher” that made us decide to jump right in and fully embrace our Eastern heritage. We see these circumstances as God’s Providence.
We have recently become full members of the Ukrainian Greek Catholic Church and are so at home! Our four children are still young (my oldest just turned 7), but it’s been so beautiful to see how they’ve embraced their Eastern heritage, as well. They were all chrismated and received their first Holy Communion together this past summer."

Thank you so much, Carrie, for sharing your story! Part 2 coming up!
Click on the label "I'm a Catholic series" for more profiles