Joe is "a nerd who somehow tries at this Catholic thing" 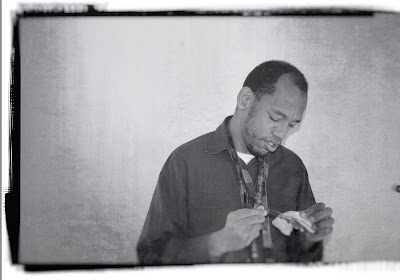 Favorite saint and why?

I don’t know if I can limit the heavenly choir of saints to just one, so I won’t, I’ll talk about my 3 favorite Saints.

St Therese: She lost her mother at a young age, and is someone I truly relate to having experienced that myself. I’m quite stubborn myself and she had her moments of stubbornness as well, many people like the flowery St Therese, I don’t. I love the stubborn imperfect soul who through God’s grace was able to do great things. I’m no where close in holiness, but I’m trying.

St Tatyana of Rome She was martyred for the Faith during the time of the persecutions, She also is the patroness of my favorite mathematics teacher during High School (As well as co-patroness of my blog). The One of my favorite parts of her story is when the angels beat up her torturers….always making me think of the Easter Troparion…God arising and scattering His enemies.

St Cyril brother of St Methodius….St Cyril went into a land he was not familiar with and translated the Gospel into the local language of the people The Cyrillic alphabet is named after him. I happen to love the Russian language which is based much from what was developed in the Old Slavonic. I can only hope to be half a missionary of such a stature.

What is your ministry in the church?

At my parish where I attend, I’m probably known for my singing, I have taught Roman confirmation class before at roman parishes, as well as having been lead cantor at a parish before moving parishes to where I am presently. I’m heavily introverted and really don’t like the whole attention thing, I do me, whatever comes off, so be it.

At present I have two occupations. My first job is a teacher of physics and mathematics in the public school system via an online classroom. I also tutor students individually after my day job is up so most of my days are pretty long. I studied physics and mathematics via CSUF and MSAC. Though my running joke is I learned more physics via my high school math teacher than I ever did during my 6 years of college. (But sadly, the joke has a grain of truth to it….I’m very thankful to my HS math teacher Mrs. M, for taking the time to explain to me many of my curious thoughts)…I am in the process of making a permanent move to Las Vegas and look forward to taking up my position there.

My favorite movie, oddly not about cats, but definitely the Star Wars series (We don’t count the prequels )….But sometimes my favorite movies are hard to watch because I over analyze the physics in them.

My favorite book is definitely Principia by Isaac Newton, I got myself a copy after I graduated college, and absolutely enjoy the intuition that he showed throughout the text. Yes, I’m a total nerd, I also enjoy Spirit of the Liturgy and the Philokalia :)

My musical taste is rather strange, you can find everything from Evanescence to Beethoven. Lately I’ve been on a Dutch/Mexican rock kick. But I’m also known to “blast” the music from the MCI site from times as well. My classroom is also known to have Lady Antebellum playing from time to time. (A tech wizard I am not, but I know a few things)

Free time, whenever I get such a thing is often spent with my niece and nephews, spending time with my fiancé, playing basketball, baseball, and soccer. I’m a huge Liverpool FC fan, I also love driving places and getting lost for no apparent reason :p.I have both a blog and a youtube channel (both of which I should update more often)….http://japotillor.blogspot.com http://youtube.com/japotillor…where you’ll find all sorts of things. I’m also a lover of all things feline, and canine. I love spending time in empty churches….

What is 'cool'/interesting about you?

I suppose a few things can be said, When I once gave a rant in 7 languages….Spanish, Russian, French, Latin, Greek, Church Slavonic, and English. I love languages I suppose that’s one of my hobbies as well….But you probably want to know more interesting things….So, here they go:

I’m heavily introverted, but you’ll nearly never find me at home, I’m always at various things when I have the opportunity….

I’m probably one of the few people that I know that can get hit by a car at 70 mph and say that I’m living.

I’m a huge Russophile, and something you can blame the Russians for authentically is my love of math and physics :p

I’ve always made the sign of the Cross correctly since I’ve learned (from right to left :p)…I suppose I always was Eastern even though canonically I was raised Roman)

If you had $20 and an hour of free time what would you do?

Since right now I’m hungry, I’d go buy myself a burrito, and probably give another person 5, as well as of course spend my time in an empty church. It’s one of my favorite things to do. (I shouldn’t fill out a survey on an empty stomach)

Thanks, Joe, for sharing! Click on "I'm a Catholic series" for more profiles