"Any fears were placed at the foot of the cross": clergy wives survey results, hopes & fears beginning ministry

Before your husband was ordained or entered seminary, what was your greatest hope? (more than one choice was possible)


other hopes:
growing in my faith and helping others do the same


I did not know then.


For my husband to fulfill his vocation in obedience to God's call.


a marriage praised by God


(all) were important factors to me in finding a husband 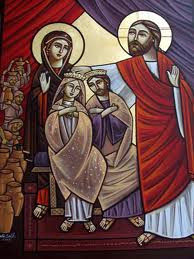 Before your husband was ordained or entered seminary, what was your greatest fear?


other fears:
not being good enough 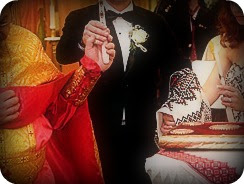 
--- Never in my life did I expect to marry a priest-to-be. I still feel like I have no idea what is to come... And I still fear that I won't be good enough (can't cantor, can't sing, can't teach catechesis, can't evangelize, can't please the world...)


--- I generally don't think of the future much. I didn't then either. My parents however were terribly afraid that after they invested so much time and money in my education, I would end up in a remote village in the mountains. I live in Romania, you see, and there aren't that many parishes available. My husband was given a nice parish in the city and a job at university. 10 years later, the parish in the remote village doesn't seem such a bad alternative, comparing to crazy, overwhelming life in a city.


--- Any fears were placed at the foot of the cross. We haven't been plagued with fears, but difficulties and spiritual attack have been evident.


--- With regard to hopes, all I really wanted was for my husband to respond to a pretty clear calling and to find fulfillment in doing what he was meant to do. Also, and this is going to sound awful, but I did hope he would get paid decently (didn't happen, we have since had to move for my job and it should eventually in our new area. In terms of fears, when he was ordained I was working full time, we had a 2 year old and was pregnant with our 2nd, so obviously I was afraid we would never have time as a family, that people would judge us on our son's rambunctious behavior at liturgy, and that it would be a huge stress on all of us. Since my husband was already the local bishop's secretary/writer/gopher I also had concerns about him being taken advantage of. I am also pretty introverted and a non Greek-speaking convert in the Greek Orthodox Church, and was afraid I would be a terrible presvytera because of that.


--- I have seen pastors and wives give and give.


--- I have seen what congregations (and bad bishops) can do to a priest and his family, and I was most terrified by that kind of betrayal.


--- Financial hardship and him juggling family and church life. Both are real challenges.


--- He was in seminary when we started dating and we were married when he was ordained. i honestly didn't know what I was doing for most of it but I did hope finances would improve.


a lot of my energies were devoted to our family -- 8 children at time of his ordination, + 3 more since -- and we homeschool. Not a lot left for hopes & fears ;-)


--- I would say that before he was ordained deacon, I was very idealistic about it. I felt "honored" that my husband would be in a leadership position. I didn't have a lot of fears except that my own personal past would be somehow more public and scrutinized, possibly causing him scandal or embarrassment. I thought that it would be fun to minister together and teach others.


--- I had/have feast of dying and living my husband alone with the kids. I worry about pleasing God. I'm afraid of being open to life and having more kids than my mental health can handle...but no way to control the number of kids I have


--- I felt like we wouldn't measure up to the holiness we needed
Thank you for your responses! More survey results tomorrow!
shared by priest's wife - S.T./ Anne Boyd at 12:09 PM