....a few more things I have learned in my long life....I'm not telling exactly when I learned them! 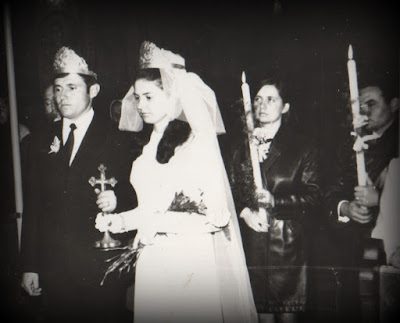 26. The crowns in the Byzantine Catholic marriage service symbolize martyrdom, not being 'king and queen.'
27. Oh yes- and the Catholic Church does not allow priests to marry! But the Church does allow married men to be ordained deacon and -for the Eastern rites- priests. 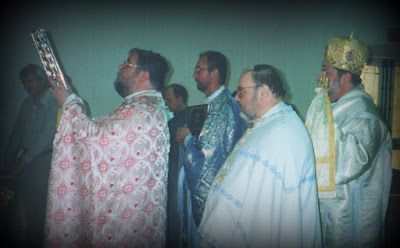 28. You will learn the theory behind 'how to be a perfect priest's wife.' Will you succeed? No! But you will usually try.
29. Advice is dangerous- like this to a future priest's wife:

"And specifically about your question of "Does a priest's wife need the call?" Yes and no. You must be called to be married to a man who will be ordained deacon and priest, but after that, your vocation differs according to your state in life, talents and abilities. Every priest's wife is different.
About feeling like you don't have a choice...this gets into sticky personal territory, but as a marriage team you need to be in agreement with these huge decisions and changes. It is similar to a spouse wanting to be a doctor. Just because it is the 'dream' of one spouse to pursue something that is time-consuming and expensive for a greater good does not mean that the other spouse has no say. The other spouse should have 'veto power' and the spouse with a dream should accept this with no bitterness. This is easier said than done. I know one married couple who were married for over fifty years. Although they were Roman-rite, he changed rites and became a deacon in the Byzantine-rite. The wife was very supportive, making him sets of vestments and being supportive of time spent away from the family. When he was ordained a priest, it was too much for her and they divorced.
There will be times when you feel unimportant. The Sacrament of Holy Orders is an eternal mark while marriage is not. You will need to humble yourself. You will need to find your own ministry within the Church and a hobby outside of it. You should cultivate friendships outside of your parish- this is a difficult one for me because I am painfully, increasingly INFP. I pray that you succeed.
It seems to me that you feel like you are on a roller coaster, powerless to get off. I hope you can shake this feeling and make the decision together. It will be a sacrificial journey of faith, but he, who feels called to the priesthood, is married to you. So his vocation is an incredibly specific one- marriage to you, then the priesthood. Although the priesthood is eternal, you come first. It's a paradox, and this is a reason why some people say that a married priesthood cannot work. You need to work on your family's identity. Your attitude and inventiveness, as the mother, helps determine the success of this endeavor. I hope this post helps a little and that every person who read this far will be praying for you!"....
30. I learned that I need to read (and try to follow) my own advice.... Now that the baby is six, life in church is much easier...
31. The southern border of Arizona is not coast line. 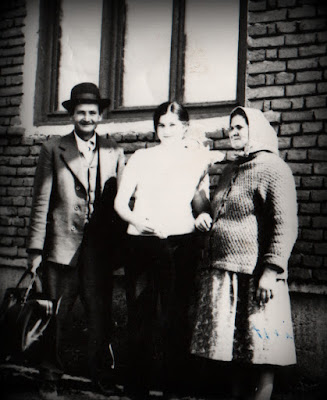 32. Ask for what you want, and you might get it- even those awesome hunter green penny loafers from Nordstrom (I paid half).

33. It is okay to be a tourist sometimes. It is silly to be in Paris twice and stubbornly refuse to go to the top of the Eiffel Tower.
34. It is not healthy to eat a 'cup of soup,' red licorice whip, and milk every day during high school.
35. Gaming, Austria is beyond beautiful in all seasons. 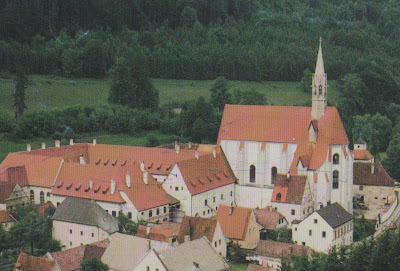 36. Every time you go to Trader Joe's, buy a 4 pack of avocados. They will ripen eventually.
37. Buy cold medicine, chest rub and tissues in October before anyone gets sick.

38. His priestly ordination day- even more so than our marriage day or his diaconate ordination- is the day that the evil one painted an enormous target on both of us. It is what it is. I believe it is better to realize that and fight than to pretend nothing changed. 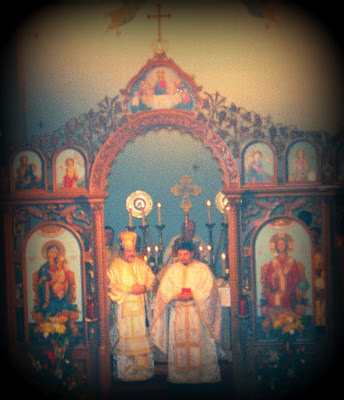 39. Children remember a lot.... I was 'helping' my father in his wood shop. Maybe I was in 3rd grade. He said, "you are a jack of all trades." I still remember how happy that made me feel.And why is 'On Eagle's Wings' not hated by me? It was the theme song of the mother-daughter retreat I went on with my mom.
40. Don't cook eggs with peanut butter, but graham crackers with yellow mustard are pretty tasty.
41. You definitely do not need to wear your Catholic school uniform skirt on the orientation day before the school year starts and students will be in jeans or shorts.
42. People will think you want women to be ordained Catholic priests because you are married to a Byzantine Catholic priest.
43. People will think you are anti-public school and want everyone to homeschool because you do so.
44. Try to stop assuming and being an insecure jerk and you will be happier....for example, a fellow Catholic mom in the area calls her child a 'hipster' sort of name. And I judged her in my mind. She is hipster- she is tall and skinny with great hair- she is cool (what is wrong with that? Well- I am not those things). Well, I found out the story of the name, and she named her child that for a beautiful, faith-filled reason and I cannot give details except that I was a jerk for assuming anything (just internally).
45. Be not afraid. It is going to be alright. Our Lord has won the victory.
shared by priest's wife - S.T./ Anne Boyd at 8:47 PM