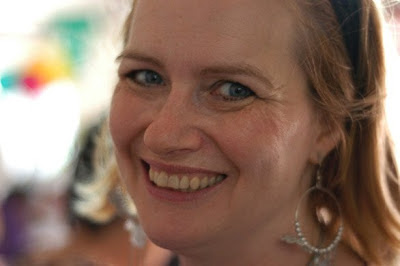 describe your faith journey: I came into this world in 1968 as an Episcopalian. My father, an Episcopalian priest at the time, converted (by the influence of one Fr. John A. Hardon, to Catholicism in around 1971). Since then, I have been a Catholic. As far as practicing my faith is concerned, (if you mean doing the minimal, by going to Sunday Mass) I have done that since 1971. However, the reason I went, in my teens at least, was because my father made it abundantly clear we would go to hell, if we didn't attend on Sundays. But, going out of fear is better than not going at all. The rest of my life didn't reflect, in the least, my Catholicism. So, my rebirth in the Church was somewhere in 1989.

I came from a broken home, with my father fighting the divorce every step of the way. My mom divorced my dad in 1976. So, for years I lived a rather wild life. I was very angry with my mother for years, so I acted out that anger in rebellion. I partied every weekend, which included getting drunk to the point of passing out, a most of the time.

I messed around with boys without losing my virginity until I turned 16. Then I lost my virginity. I was not promiscuous, but I did have a few sexual partners in my younger days. I knew premarital sex could send me to hell too, so I never approached a man for sex, except once, in drunkenness  I would always run to the Confessional afterward, by the way. At any rate, I allowed men to take advantage of me, by not having boundaries and allowing myself to be alone with them or even so much as coming to my house at night, unannounced. That is what my life was pretty much like.

At any rate, my dad prayed me into conversion. He found out about the Franciscan University of Steubenville from his boss, whose son attended there. He got me to go, by telling me he would pay for my first semester there. Well, a free ride is a free ride, so I went there for the first semester fully intending on leaving after the first year.

I got there and my first impression was that there were a whole lot of nerds there. So, I joined a sorority, so I could enjoy my first semester with partying and drinking as much as possible. Well, God had other plans. He tricked me into inviting Him into my life. He used my weakness, (men or boys at that time) to lure me into giving my life over to Him. I met this guy, named George and as usual, went gaga over him.

At Steubenville, they have what are known as Households, where each member gets together, celebrates Lord's day on Saturday night, by singing and praying and drinking wine or grape juice in my case, as I was too young for alcohol (little did they know I didn't care that the law prevented me from drinking) and passing around bread. We then would commence to dinner to the campus cafeteria. They did other social and spiritual things together as well.

At any rate, my sorority had a household too and I told the household coordinator, DeAnn, that I had this crush on this guy. She then asked me what I was looking for in a man. I told her he had to be stable in more than one way and treat me with kindness and respect. And, just to tickle her ear, I told herhe  had to be Christian. I honestly didn't give one hoot as to whether he was Catholic or Christian, I just said it.

Well, she said, that if I want to have relationship like that with a man on this Earth, I had better start with having a relationship with the Man in Heaven. I asked her would I get married that much faster, if I did? She said you stand a far better chance. So, I was game. I asked her how I went about doing it. She said get on your knees before going to bed tonight and say "You are the Potter, I am the clay, mold me and make me, this is what I pray." I thought that sounds easy enough. I did it and never expected much of anything.

Would you know I woke up the next morning with this awesome feeling of Jesus' love in my heart that just burned right through warming me to my very depths? I stayed on cloud nine for a while, then asked to be brought back down to Earth. He let me back down with a thud, then the healing of my heart began, but I haven't turned back since. 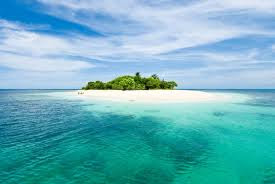 describe your prayer life today: I pray the Rosary every day, I try to attend daily Mass, as much as time permits. I try to be the wife God calls me to be, to a most wonderful man that I married late in life, by the way. God's timing is not ours. I try dying to myself to become a more charitable person because this is my struggle. I speak what is on my mind a lot and it needs to be filtered a lot more before I say it or write it, especially on facebook.

We are open to life, having had 2 miscarriages, we are hoping and praying for a little one or ones to live on this Earth with us. I evangelize when I am approached. I also am attending the Catholicism series at St. Julie Brilliart's on Monday nights. It is helping me to understand my faith, with the Blessed Mother and the Saints better. My husband and I try to go to monthly confession, as well. I also incorporate the Divine Mercy Chaplet and the Angelus every day, as well as 9 Memores for specific intentions, as well as Scripture reading. We pray novenas, as well. I also try to learn from my good Catholic friends and family, asking advice every so often.

favorite Bible verse: My favorite Bible verse would be Jeremiah 29:11
New International Version (©1984)
For I know the plans I have for you," declares the LORD, "plans to prosper you and not to harm you, plans to give you hope and a future.

beloved saint: St. Teresa of Avila. She is my favorite because she is my Patron saint for one and also she has a feistiness about her like mine. This woman was so strong and had so much wisdom. I admire her for all that. I want to emulate her.

living spiritual mentor: my Spiritual Director and his name is Fr. Hildebrand from Thomas Aquinas College.

Right now, I don't have a ministry in the Church. I used to lector and sang in the choir at St. Sebastian's in Santa Paula. I am very picky about church music and it being liturgical. The only choirs that I would consider right now, is either St. Sebastian's or Santa Clara in Oxnard, but they are too far away for me to go and practice as often as would be necessary.

I have a Bachelor's of Science in Mental Health and Human Services from FUS and a minor in Theology from the same school. I am a currently laid-off happy housewife, for now.

favorites & hobbies: One of my favorite movies is "To Sir with Love" with Lulu and Sidney Poitier (1967). I have watched that many times and would watch it many times more. My favorite book is probably Fulton J. Sheen's "Three to Get Married." My favorite kind of music is 80's era music. My hobby is music. I love to hear it, sing it and dance to it. I learned to play the violin at 12 years old and played it for 5 years. Oh and I went to Cincinnati's School for Creative and Performing Arts, where Sarah Jessica Parker attended. I also took Drama class and was very shy until then. But, once I got praise from my Drama teacher, I came out of my shell and havent gone back in since. That was also at the age of 12.

Thanks Teresa for sharing your story!
Click on the label (to your right) 'I'm a Catholic' series to read about the others featured
You can find Teresa Seely Pineda on Facebook
shared by priest's wife - S.T./ Anne Boyd at 8:30 AM