Don't do this to a priest! 7 QuickTakes

- when a priest is visiting your parish- don't go up to him and say, "Wow! That homily was great! I wish you could be our priest instead of too young/too old/too liberal/ too conservative Father X!" What is the visiting priest supposed to say? No matter the situation with the 'bad' priest, they are brothers. Instead of insulting one to compliment the other, just say, "great homily! I really was encouraged/convicted/educated when you pointed out...."

- please don't mention something you have said to a priest in confession while you're in public. If you need clarification on a counseling point, get back to confession. He can't say anything in a crowd even if it is to defend his 'liberal' penance-giving.

- There are bad/goofy/imperfect politicians. There are bad/goofy/imperfect priests.  Respect for the idea and role of the politician and/or priest helps us overlook the humanity of the specific politician or priest. I respect the US President because of his office. Even more importantly, I respect Catholic priests because I believe that they are in persona Christi when they administer the sacraments. So no, don't make fun of priests.

- if your priest happens to have a family, this doesn't mean that he is unavailable for extra activities. Just make it clear if you expect the entire family or if only he is invited. With our family, it is about 50/50. For example, caroling in December is usually a family affair while house blessings in January are a time for Father to 'team build' with parishioners on his own.


- don't say- "wow, if you take that on, you'll be divorced (if married) or dead." If your priest's schedule concerns you, maybe you can take some of the load off by performing a practical activity like mowing the church lawn or taking an elderly person a meal . Or maybe he is just an energetic, motivated person who isn't 'burnt out' by the priesthood.


- don't badly dent his old Chevy with your luxury SUV on the first Sunday he is at the parish to assert your dominance. Also don't do this after stating to him that you won't be buying him a car like you did the last priest because "you're married. You can take care of yourself." (?!) 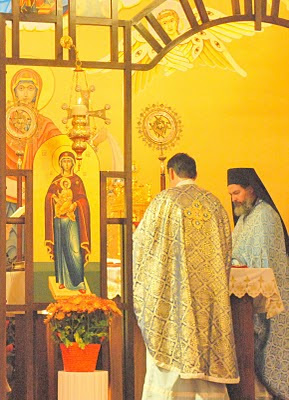 but yes, your priest is still a person, so it is a kindness to tell him he has Sunday morning donut on his beard. You don't have to obsess over his non-Armani suit, however. Not everyone takes two hours to preen in the morning.