You Know You're a Priest's Wife When....

Anonymous said... I once went to a talk given by a married priest who was refreshingly honest. He said that he doesn't work on weekends or after 8PM. If you call his house after that time you better be almost dead because his wife will be mad.
All I have to say to 'anonymous' is WHAT?! You MUST be a troll! Putting everything aside- vocation, small 't' tradition, practical matters, etc- WHAT priest doesn't work weekends or take phone calls after 8? Even as a job...this is like a person being educated for and asking to be a party planner. Then, this person refuses to work weekends and nights. So- all the parties need to be on weekdays during the day? What utter nonsense! In the Eastern churches with the priesthood and the Roman-rite with the diaconate, the wives are part of the equation and realize his schedule might be different than the past when he had a 'normal' job.
Of course, occassionally one might find a crazy wife that changes the 'rules' on her husband just as there are some celibate priests making vows of poverty who own small airplanes. A rotten apple doesn't have to ruin the entire barrel if it is thrown out quickly enough. With a 'bad' priest's or deacon's wife, (I have never met one- just wives with different ministries and talents and maybe a few shy ones) counseling is in order. And a priest who is married does have the dual challenges of being the head of his domestic church (as any husband) and of his parish. A lot of balance and juggling is needed.
Personally, I don't see where this life could be successful on both fronts (domestic church and parish church) if the husband and wife are not of the same rite. Mixed marriages (Orthodox/Catholic, Byzantine Catholic/Roman-rite Catholic) can be tricky enough, but if my husband were consumed with his parish and the kids and I were always at the local Roman-rite parish, I do see where there would be a problem of unity and also not having any family time together.
As it is, the big girls help with child care at Bible study and they are part of the choir. I hope that the little guy will be at the altar next year. We are always looking for ways to combine family and church time. Because we are at church with priest-husband, the only time we aren't participating in his ministry is during counseling and confession times and his hospital work because we have school to do! We also try to be a part of the hospital by going to Mass there and the girls singing in the hospital talent show and the like. I think we actually spend a lot of time together- much more than a surgeon's family...but then I think that the 'a priest can never be a married man because he won't balance his responsibilities- someone will lose out' argument is a straw argument. I don't think that many people would caution their daughter from marrying a surgeon. He might never be home (and the family cannot be in the surgery theater of course like a priest's family is in the church), but he will bring home a lot of money to soften the blow.
But in any case: another commenter posted this and is much more realistic and thoughtful: Now, MAYBE this turns out to be an argument in favor of the discipline of celibacy if this guy is having trouble meeting his PRE-EXISTING sacramental commitment to his family while also meeting his sacramental commitment to the priesthood. Or MAYBE it's just an argument against this doofus ever being admitted to the Catholic priesthood and the Church instead finding people in this situation who can do a better job of multi-tasking. In the end, as others have stated, celibacy is a matter of discipline, and is NOT the teaching of "the Church" for all priests. 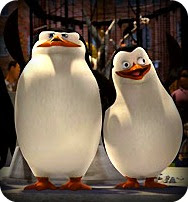 topics: being Byzantine Catholic, random thoughts, you know you're a ___ when