...and that's okay! I'm just happy that it is a year when all Christians are preparing for Easter at the same time even if we Byzantine-types start two days early than Westerners. I just love the Gospel reading from this past Sunday. Again, it reminds us to be joyful as we fast and try to make sacrifices during this time. Fasting in secret, or not calling attention to our sacrifices, is the way to build up treasure in Heaven. Our Lord did not like the hypocrisy of the Pharisees who followed the law for show and for love of the law- not for love of God.
So yes- I prefer to abstain from meat as much as possible during this time. For me (yup- I'm a female) it just seems sort of gross to be chowing down on meat while we are preparing for our Lord's passion on the cross. An emotional, non-theological argument, to be sure, but that is just how I feel! I can imagine God looking at my small efforts to sacrifice much like a father indulges the efforts of his child. A child gives a portion of his candy to a sibling and feels like he deserves great praise from the father. The father is gratified that his child did the right thing this time but also remembers those many instances of disobedience and selfishness. But the father has mercy and just enjoys this time of goodness in his child and hopes that it continues.From last Sunday's readings:

"The Lord said to His Disciples: If you forgive men their trespasses, your heavenly Father also will forgive you; but if you do not forgive men their trespasses, neither will your Father forgive your trespasses. And when you fast, do not look dismal, like the hypocrites, for they disfigure their faces that their fasting may be seen by men. Truly, I say to you, they have received their reward. But when you fast, anoint your head and wash your face, that your fasting may not be seen by men but by your Father Who is in secret; and your Father Who sees in secret will reward you. Do not lay up for yourselves treasures on earth, where moth and rust consume and where thieves break in and steal, but lay up for yourselves treasures in heaven, where neither moth nor rust consumes and where thieves do not break in and steal. For where your treasure is, there will your heart be also."  Matthew 6:14-21 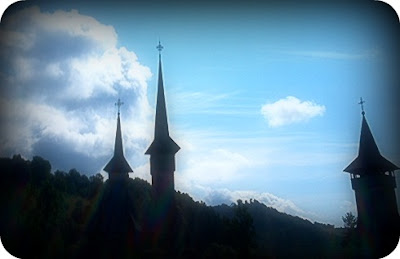 FYI: for dinner I'll be making bean soup and  polenta with cheese and sour cream
shared by priest's wife - S.T./ Anne Boyd at 3:00 AM