This comment was left yesterday on my post entitled "Unbookmarking Fr Barron," a post which was a response to a guest post on Fr Barron's blog detailing why married priests are not a good idea in the Roman rite (if interested, please read my entire post- I have been accused of "condemning" Fr Barron when that was not my intention at all. In any case, here is the comment:
AnonymousApril 21, 2014 at 12:01 AM
I am Byzantine Catholic and I appreciate your love of your husband and your calling as a part of his ministry. I have know a couple of very, very wonderful married priests. However, I am a byzantine that does not support the tradition of married clergy. I have several reasons why, many listed above [read comments at original post, many of which do not support married clergy].
But the most simple answer is that I believe God wills it. I believe this because of the above reasons and also because of revelations of St Brigitta, that Jesus wanted the Church to move to a celibate priestly clergy. Deacons are not subject to this, as they are not priests. There is organic growth in the Church as the Holy Spirit guides us and the Church to fulfillment. I am one person, but I do believe as Catholics we are called to follow this. I think holding onto a tradition and not being willing to do God's will is selfish. We are still in union with the Catholic church, but it is because of the charity shown us in this respect.
As things were different in the early church, Christ tolerated married priests. Though tradition holds that St Peter and his wife lived as brother and sister after his calling. Eastern Europe has been a bit like the early Latin church....small villages, simplicity, agrarian. Today, our churches struggle terrible financial woes, and could not possibly take on supporting families. God bless you for your service. I do not intend for this to hurt you. I just think you should know that MANY Byzantines do not support married priesthood and many byzantine priests and bishops also do not support it. 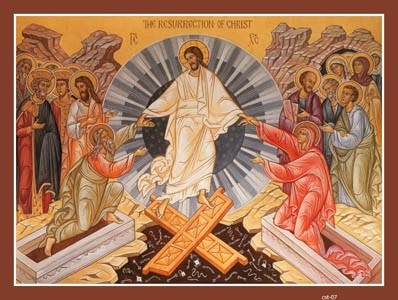 Well, this does hurt. I am accustomed to Catholics of both Roman and Byzantine rites being hesitant about or against married clergy for a variety of reasons. Believers worry that a married priest won't have time to minister to them because of family concerns. They are worried that married clergy would be impossible to financially support. They're concerned that a married man ordained to the priesthood would cause scandal if his family situation is less than ideal. And then there are theological reasons to give preference to celibate clergy.


The reasons go on and on. Perhaps I was naive, but this is the first time that someone has said that the Holy Spirit is guiding the Church to reject married clergy. If this is true, then how can my husband be validly ordained? My response may seem extreme, but I hope the commenter (and I suppose the 'many' Byzantines who do not support our tradition of married clergy) will think about where her beliefs logically end. It is fine to prefer celibate clergy for all the good they do, but to state that the Holy Spirit wills an exclusively celibate clergy- that is going too far.
shared by priest's wife - S.T./ Anne Boyd at 2:26 PM