Christianity did it better- 7 Quicktakes 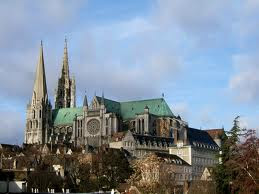 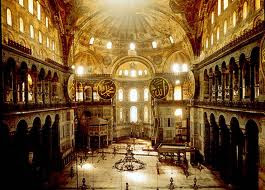 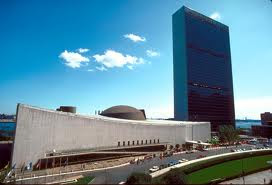 Compare Chartres Cathedral and the Hagia Sofia to the UN headquarters
Compare the protest song of Michael Card to Bob Dylan's. 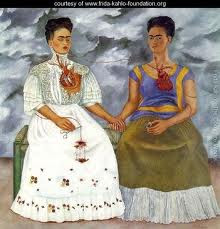 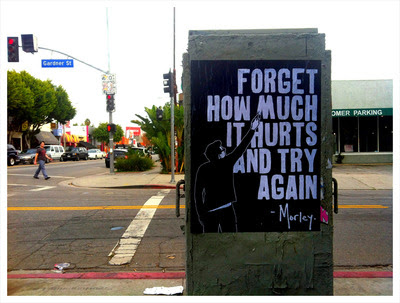 Priest's wife- why are you getting down on Tupac, the UN, Bob Dylan of all people and a humble LA-based street artist (who happens to be a first-cousin), you ask? Well, there is a lot to like with the non-Christianity-inspired (my label) art that is in my examples. The street art is optimistic. The UN headquarters is glossy and practical. Bob Dylan and Tupac (as timeless as Mozart- I'm not so sure) are genius in their style of music. But I will offer that these examples are not informed by a Christian/Catholic/Orthodox view of creation. They are post-Christian works of art.

Art doesn't need to be old (Michael Card is a modern singer). Art doesn't need to be Western (overwhelm yourself with the beauty of Coptic, Indian and Byzantine icons, music and architecture). The artist doesn't need to be a good Christian (Frida had her problems), but it can help (once again, icon writers usually fast and pray while working). Art is more 'successful' in its aims when it is a manifestation of God's creation. That doesn't mean it has to be pretty. 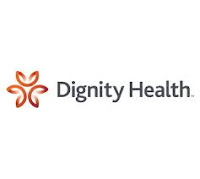 Priest's wife- you haven't answered my question- you say. What's with the depressing quick takes? Well....this week my husband was informed that his hospital's parent company has decided to shake off those pesky Catholic bishops and no longer be a ministry of the Catholic Church. While his specific hospital will remain Catholic for now (about 2/3 of the network will remain Catholic), the network will no longer need to abide by catholic ethics and moral teaching. It is hard to do business in a post-Christian, now-Obama world.

Compare and contrast: 100 years ago, seven sisters in full habits traveled from Ireland to the Western part of the United States to open a small hospital. The hospital became a center for hope for everyone- all colors and creeds. It was nothing fancy, but they worked hard to make a difference. Now, the sisters who were affiliated with this network have signed away their legacy because it is simply easier to not be Catholic and have all those rules.

I would contend that God (not just those bishops) isn't thrilled with sterilization, abortion, IVF and cardiac-death transplant harvesting . But by the smiles of some of the people going through this corporate-level change, you would think that God is rejoicing that some of these hospitals will be free to perform these 'procedures.' So this week has been one of melancholy and panic at 'casa priest's wife.'