....if you feel called to officially change rites from Roman to Byzantine Catholic?

some additional thoughts after my last post "Just Visit- don't change your rite to Byzantine."....there's a thread on facebook that has some good points...I'm Anne Boyd on Facebook if you care to friend me.

First off- I'm not really sure if our dear Pope Francis really said exactly "who am I to judge"- at least not in the way of saying, 'oh well, don't judge an evil behavior, there's no sin in 2014.'

A question I get asked pretty frequently is about changing rites to be able to become married clergy. Just like my last post on 'general official changing of rites,' I usually say no- or at least 'live the rite for at least a year, become really involved, change rites whether or not you will be ordained clergy.' All is permitted with a clear, educated conscience. 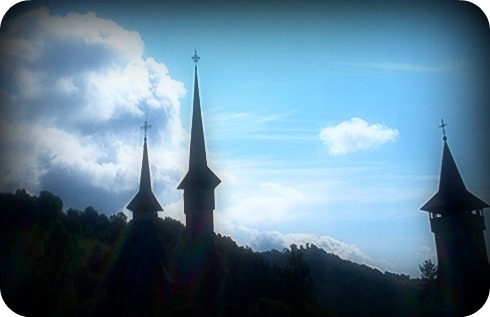 So, as St Augustine said, "Love and do what you will." That sounds really easy, doesn't it? If one loves, one can do anything!


The question remains, then, what is this 'love' that I need before I can do what I want? Well, God is love. I believe it follows that if we are like God (theosis) and radiate His perfect love, then we are free to do whatever we want. Of course, if we are reflective of God's love, then we will only want the good. We are perfectly free to choose the good and we will not sin.

So my feeble point here about officially changing rites is that if you "love" while choosing to change, then it will be for the right reasons and it will be done with a sincere heart. And then my last post will be of no use to you.
shared by priest's wife at 9:27 PM